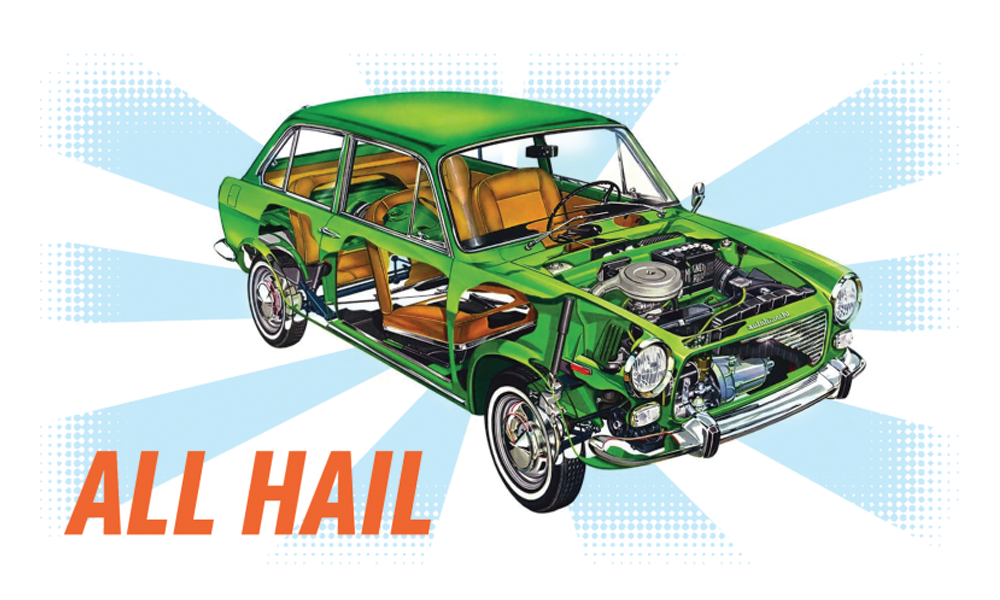 If you were asked to pick the car that was the most technically influential on the greatest number of modern cars, what would you pick? Would you go as far back as the Ford Model T, the real, widely accessible proof of concept of the automobile? An early Panhard, which defined the Systeme Panhard, the front-engine, rear-drive layout that defined cars for so long? Maybe you’d be clever and pick the BMC Mini, which, with its transverse front engine, front-wheel drive layout set the template for the vast majority of modern cars? One car I think most people wouldn’t pick, though, would be the Autobianchi Primula, and I think that’s a big mistake.

The Autobianchi Primula is, arguably (because this is the internet, a gigantic world-sized machine designed to let people argue anywhere, always) the most technically influential car ever, because the fundamental theory and design of that car dictated the template that most modern cars use today. 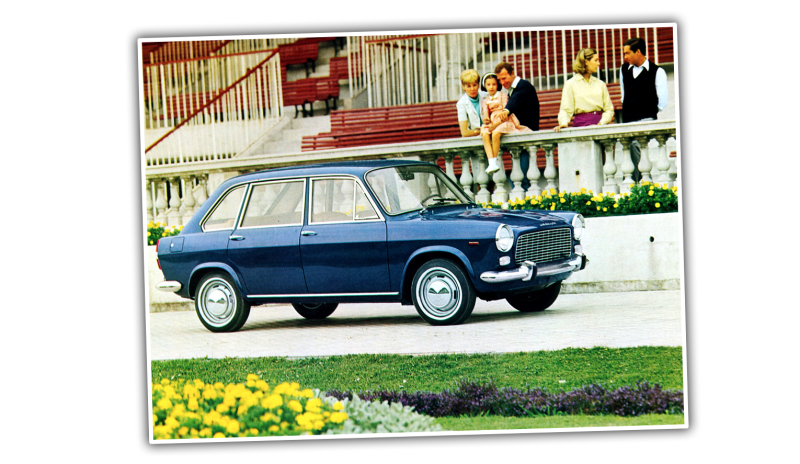 The Mini came very close to defining mass-market-modernity, but there’s one key important difference, and it’s this difference that the Primula innovated, and in doing so defined the future. 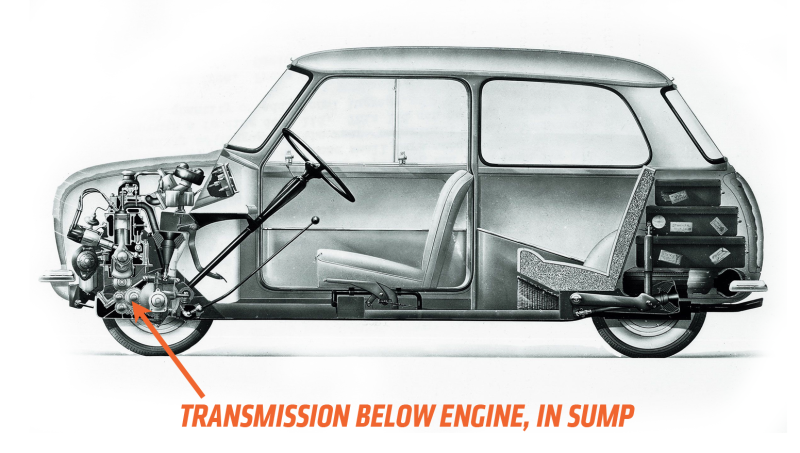 This was brilliant from a packaging perspective, but came with issues of its own. The famous Fiat engineer behind the Autobianchi Primula, Dante Giacosa, who had designed a similar system to the Mini back in 1947, described it like this:

“…the components of the engine and the gearbox are housed inside the same casing. This means they cannot be assembled and tested separately in different workshop... a series of gear-wheels–or else a chain–has to be used to transmit drives from the motor to the gearbox. This means additional complications, higher noise levels, increased loss of power due to friction, heavier weight and higher costs. The Mini, with the transmission gears in the crankcase, presents these defects.”

The Mini’s solution, while clever, had issues for manufacturing, maintenance and repair, noise, and wasn’t the most efficient method of power delivery. Giacosa had a very straightforward and clever solution, though: stick the gearbox to the side of the engine. 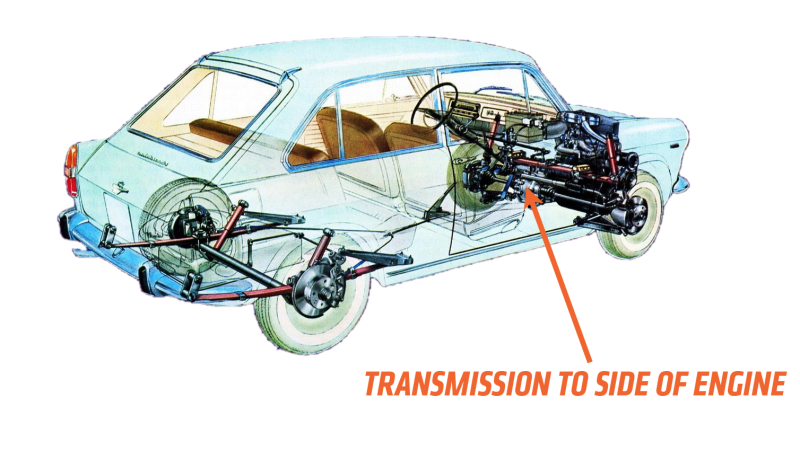 Really, it’s just like how a conventional longitudinal front engine/rear drive car has its transmission mounted behind the engine, only flipped 90 degrees.

This layout proved to be a packaging magic bullet: it gave good access to engine and transmission while keeping everything packed snugly up front, and leaving the entire rest of the car open and available for people and all their crap. The Primula’s hatchback design, penned by Pininfarina, in both two- and four-door options, took advantage of this and made a car that was small outside and big inside.

Fiat was still not exactly sold on the idea, having long felt that small cars were best built with rear engines, but they gave it a go, as long as they could hedge their bets by selling this first bold experiment under the Autobianchi name, so if it was a disaster, Fiat could walk away relatively untarnished.

Fiat built almost 75,000 Primulas between 1964 and 1970. This isn’t a colossal number of cars, but it was enough to prove that the fundamental design made real sense, sense enough that Fiat felt compelled to introduce it on their next big mass-market car, the 1969 Fiat 128 (and, in the rear, on the 126.)

The 128 was incredibly successful, both under its own name and as all the SEATs and Zastavas and other cars it turned into, but the real credit for being the vanguard that opened the world to all those Honda Civics and Hyundai Excels and Volkswagen Golfs and Ford Focuses and, like, 80% of everything you’re likely to buy today, has to go to the Primula.

There’s no reason such an influential and important car should be so poorly known! Let everyone know about the Primula! Get drunk tonight and raise a glass to the Autobianchi that set the standard for modern motoring! Everyone will love you for making them aware, I promise.

Stay connected to our dealership!

How Can We Help?

Just fill out the comments section below and submit it to us!

Use the form below to contact us with any questions or comments.